I’ve discussed my love of the LCBO magazine before. If you’re not from Ontario and feel like having a browse of their recipes, you can check out Food & Drink online HERE. The most recent summer issue included a discussion on paletas. They’re the Mexican equivalent of popsicles but SO much better. They are serious popsicles for adults. The magazine offered a few recipe suggestions but then also listed Fany Gerson’s Paletas, as a follow up read with more information. I’m easily influenced when it comes to cookbooks, so of course I ordered it. I think it was like $17 on Amazon.ca and it was money very well spent. 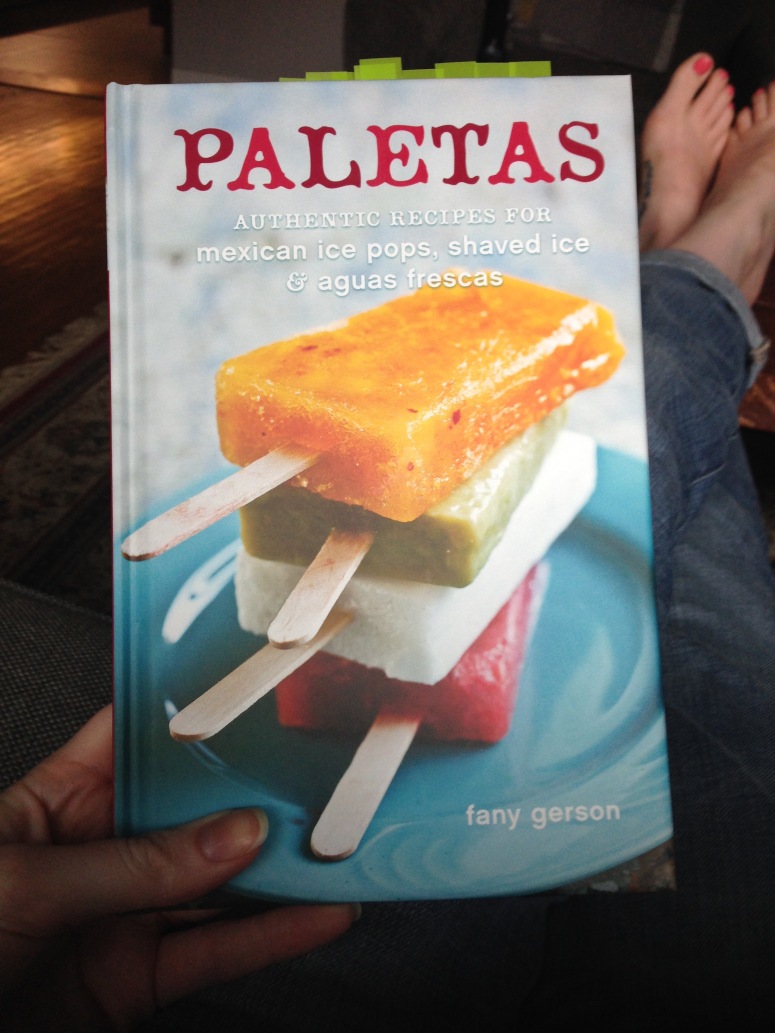 First order of business with this book was trying out the lime ice pop recipe. I made it into a key lime pop recipe because I had a bag of them kicking about and wanted to make sure they didn’t go bad. This recipe requires minimal effort and offers big reward. These paletas are impressive. They look professional and taste amazing. Honestly, I thought about quitting my job and opening a popsicle store, but that occupation probably doesn’t exist.

To make your lime or key lime ice pops, popsicles, paletas (or whatever you feel like calling them) you will need 1 can of sweetened condensed milk, 3/4cup of lime or key lime juice, 2 teaspoons of lime or key lime zest, 1 cup of half & half (that is, if you’re following the recipe to the letter. I used light 5% cream because I couldn’t get half & half at my super helpful local grocery store and it was just fine) and finally, a pinch of salt. Combine all of those ingredients in a bowl and pour the mixture into your popsicle forms to freeze. The most crucial and difficult part of this recipe is figuring out how far down to push your popsicle sticks and trying to keep them straight. I told you this recipe was easy!

After freezing for about 5 hours your (key) lime ice pops are ready for the final stage. For this you will need about 3 cups of crushed graham cracker crumbs. Once you have removed your popsicle from the form, roll them in the crumbs. I found it much easier to run the popsicle maker under lukewarm water to more easily slide the pops from the form. Then, because they’ve warmed a bit, the crumbs stick more easily to the popsicle.

Hassle level: 1 out of 10. (0 being buying something that someone else has made, 10 being homemade choux pastry and creme patissiere levels of uncertainty and pain in the assery)

One thought on “Paletas, popsicles, ice pops – oh my!”