I have rhubarb growing in my garden and I was excited to use it in a recipe. Making this pie caused a great debate in my house, because I had seen key limes in the grocery store and was thinking (at first) of making a key lime pie. I’d made key lime pie with great success for Kyle’s birthday, so I wanted a bit of a change. I’ll save the key limes for a loaf that I’ll be sure to share on here. Anyway, back to the rhubarb. This pie was super easy to make. It wasn’t complicated and tasted great. I think it tasted even better on the second day. I very much recommend this recipe, but would encourage you to have vanilla ice cream or whipping cream to take a bit of the tart edge off on the first day.

Firstly, preheat your oven to 375F. I wasn’t up to the task of making my own shortcrust pastry, so I took the easy way out and used store bought. Additionally, I didn’t have enough rhubarb as called for in the recipe. I only had slightly over 700g. This worked out really well though, as even with that quantity, the rhubarb was spilling over the pastry crust.

To begin, I washed and chopped my rhubarb into smallish pieces (about 3cms long). After all the rhubarb was chopped, I placed them in a medium sized bowl and added the flour and caster sugar. Toss the mixture into your pastry crust.

Then, on to the topping. In a medium sized bowl, mix together the sugar, flour, cinnamon and nuts. Rub the butter in using your fingertips. It should look like breadcrumbs when properly incorporated. Sprinkle the mixture over your rhubarb. Bake for 45 minutes. Done.

Like I said, it was a little tart when it was fresh but mellowed nicely by the second day. I would definitely serve this with vanilla ice cream or whipping cream to take the edge off. 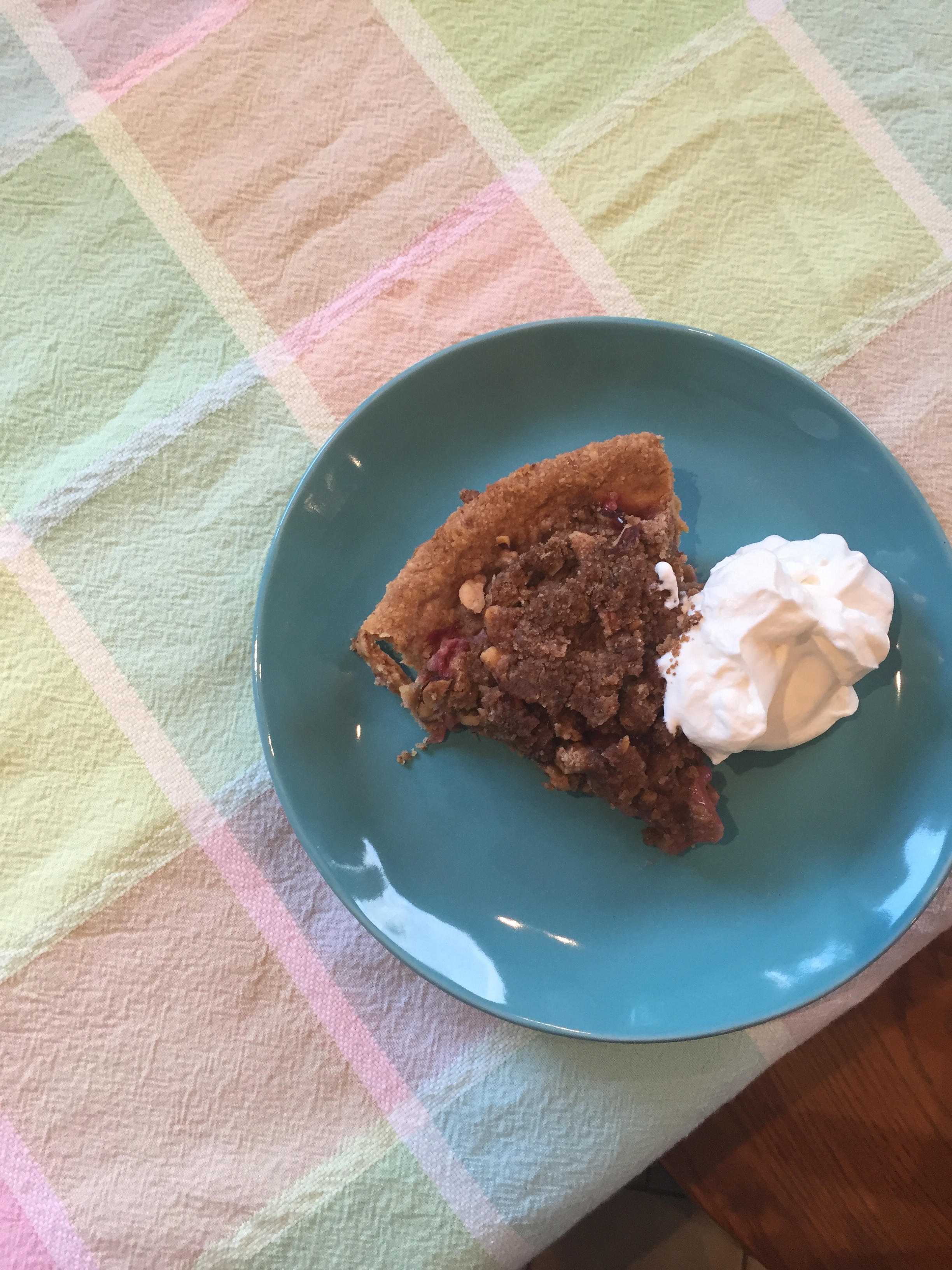