So that LibertyLondonGirl book that I was telling you about– it’s so great. I really like the recipes more than the lifestyle aspect of it. Yes, she covers some of the best places around the world to pick up gifts for friends, elegant champagne bars, and the best department stores, but really how often can those topics come up on a daily basis. So far, every recipe that I’ve attempted has been a hit and super easy to make.

The following is a variation on a salad from that book. I love this recipe (with variations) so much that I’ve made it two days in a row. The original recipe can be found here!

In the original recipe it calls for one diced red onion, one can of rinsed and drained chickpeas, chopped avocado, parsley, lemon zest and juice, salt and pepper with grilled halloumi and all ingredients mixed together.

I omitted the avocado, mostly because all of mine were rock hard and the parsley, because Kyle doesn’t like it. Instead I substituted the parsley with chopped cilantro. If you hate cilantro, don’t do that. Also, I found one red onion to be really overpowering against one can of chickpeas. I would recommend halving the red onion quantity or doubling the chickpeas. 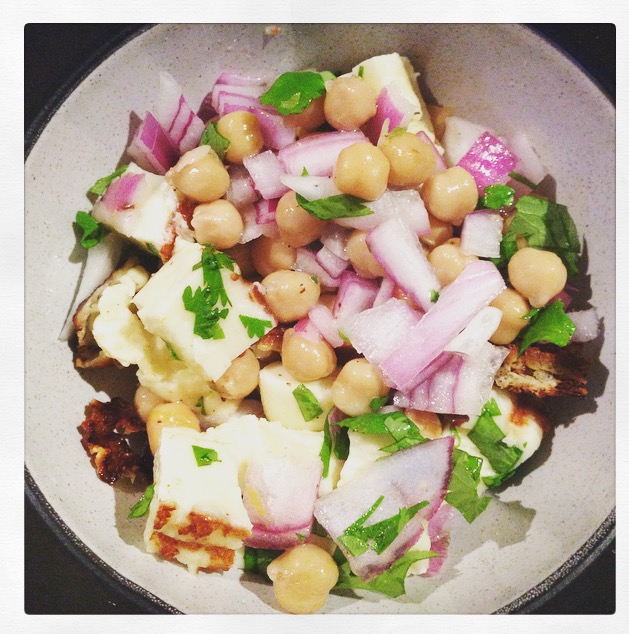